Fotofish 2022 - all entries on this thread

Our annual photo competition. Chance to win a mega lure pack. Open to all FFFers, details inside.
Post Reply
151 posts 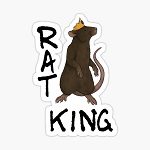 Corroboree 10/06/22 Pretty much everything except a Barra.

Was connected to one for about 2 seconds but lost on the jump. Very tough Barra wise, plenty of tarpon and a few saratoga keeping me occupied.

IMG_3172.jpg
IMG_3118.jpg
IMG_3171.jpg
You do not have the required permissions to view the files attached to this post.

The Cod are still very persistent but at least there are a few with a bit of size about them. Also managed a couple of Barra but only one was legal.
You do not have the required permissions to view the files attached to this post.
Top

Still getting a few fish in the billabongs

Haven't posted in a bit have done a few short trips in harbour over to one of the arms along with a night run to Charles point and a crabbing trip at the bay.

Wind has been a bit of a pain but the Barra are still around if you a find a spot out of the wind. Although managed to spook every legal Barra I came across. Only to have the smaller models wanting to have a decent crack. Did see some Barra between 70-high 80s on the flats but very flighty.

Some nice clear water and nice sunrises/sunsets.
Charles point was cold with lack of jewies but came home with usually mixed bag including some goldies. Shoal bay was slower than expected having to work hard for the crabs.


Cheers
Gibbsy
You do not have the required permissions to view the files attached to this post.
Top

Oh forgot to mention there were hordes of large queen fish on Saturday out the front off manforah but was rough as guts and they were feeding only on tiny bait so very hard to entice.

Nice pix Gibbsy, I don't understand why people haven't posted a tuna or skinny in the comp yet.

Regarding tuna picks I posted one earlier a month or so back but only a Mack tuna. The longtails that I have seen I. Harbour which hasn't been much have been flighty, the skinnies have been gorging on tiny bait and tuna we have come across this year off Dundee have all been Mack tuna last trip to Dundee didn't even spot a longtail.
Top

I had some friends up from Perth and I got them out for a fish over the weekend. It was very quiet all day but we managed to get on to a few in the last hour to come home with a feed.
You do not have the required permissions to view the files attached to this post.
Top

Interesting about the longtails Gibbsy

Yeah Matt has been odd. I haven't looked at Lee point this year just mouth of Harbour and Dundee.

Dundee definitely has plenty of high speed crab/jewie bait but stuff all longtails. Sail city wide usually has them on afternoon incoming but last couples of trips nothing.
Top

I had a mate & his family up from Hobart that wanted to grt out for a fish. I took him and his boy out for the arvo and they got a few pan size goldies and a 55cm cod. I managed one bigger goldie at 49cm.
You do not have the required permissions to view the files attached to this post.
Top

Have been doing some flats trips over last few weekends in harbour with mixed results. Provided you find a spot out of the wind the Barra are on them. Plenty of small stuff about with few bigger fish thrown in. Plenty of blue salmon about also.

Had one solo trip which ended with 9 Barra boated but only one legal which was a 65cm job sight casted. Have also been picking up the odd crab on the flats whilst Barra fishing. Last Saturday had a similar trip with a mate plenty of small stuff then he got to sight cast what we thought was about 60 odd cm until we got it near the boat and it jumped realising it was mid to high 70s, straight after the jump the Barra got the best of my mate managing to get under the boat only to have braid cut on leccy.

Have also been having some success with milkfish just to mix things up. Have had a couple attempts now and starting to nut them out. Found outgoing tide about half tide down towards low. Position boat between the wharf and doctors gully. Obviously outside of closure zone. Burley up plenty of bread. Use very small float and small circle hooks. The milkfish seem to move in big schools from doctors gully towards the wharf. Last Saturday had a session in an hour with 4 boated plenty lost. Loads of fun on light spin while waiting for tide to be at its optimum for the flats

On the other side of the scale on the heaps there have been big schools of queenfish around from t Wharf to larrakeyah and also out towards 6 mile buoy. Some large fish amongst them but all have been fixating on tiny bait and hard to tempt.

Gibbsy
You do not have the required permissions to view the files attached to this post.
Top

Think there is a couple of duplicates there Matt.
Top
Post Reply
151 posts