Macks and Barra all in one day

Well it was with some trepidation that I headed out to Dundee yesterday – the reports all suggested that the wind was going to blow 20 knots but JD wanted to get among some mackies so away we went. Didmt help matters that the Tinny boys kept telling us all the way there that it was going to blow its arse off after lunch.
Launched at the ramp no worries with a few other boats out ahead of us – headed straight out to Long Lost area. Not much run so did a few drifts but eh sounder wasnt showing much in the way of fish. Landed a small stripey which went into the bait tank. Kept working around but couldnt find any fish – that area has been very very quiet this year -perhaps it has been hammered??
With the weather holding i decided to head further south and made our way to an area about 20 km wide of Blaze. There was crap every where in the water – think it may have been coral spawn but im not really sure. As we were cruising there were few fish just laying ont he surface – we saw one fairly good sized coral trout, one small trout and a nice sized cod – they were all just laying on the surface but went ape shit when we netteed them – wondered if it had anything to do with the coral spawn. 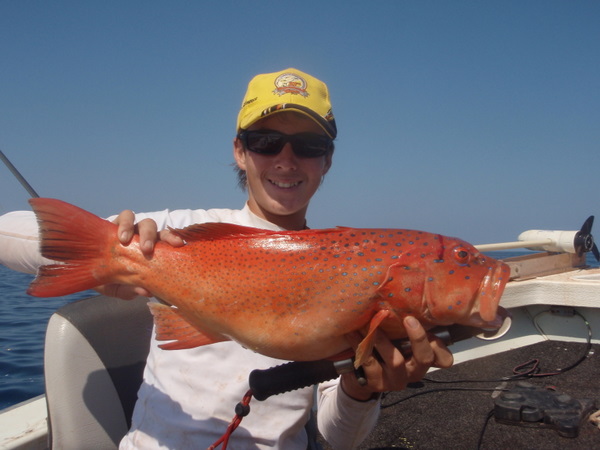 Also found some small schools of long tails and JD finally nailed his first ever tuna on my new shakespeare combo, We kept chasing them but the wouldnt play the game so we kept on moving. 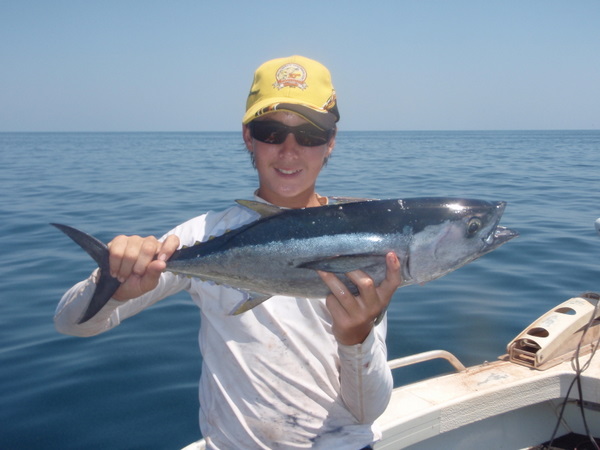 Arrived at our mark around lunch time and got onto some nice trickies straight away. Drifted the livie out the back and it didnt take long and he got smashed – trouble was the line had hooked under the reel and would come off correctly so he ended up getting away – re-baited with sandmar and it didnt take long and Jordan nailed a nice mackie followed in rapid succession by another 4 or 5 – kept 4 for the box and let the rest go. Plenty of mack cruising around out there right now. 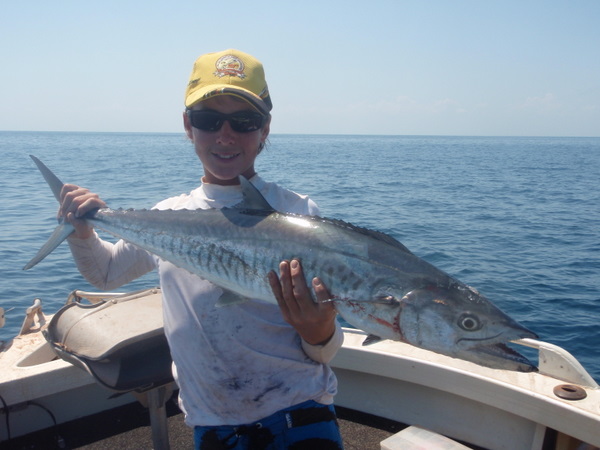 The trickies came and went so we tried another spot but things went a bit wuiet so we headed home – the predicted wind had come up and the last 15 kms across Fog bay was pretty crappy with it coming in on an angle and us getting wet as. Came across a pod of 4 whales heading NW – they were in a playful mood and were free jumping and smacking the water with their fins as the cruised along 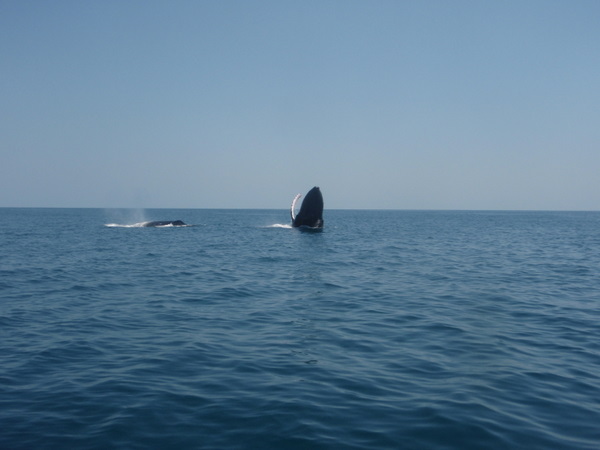 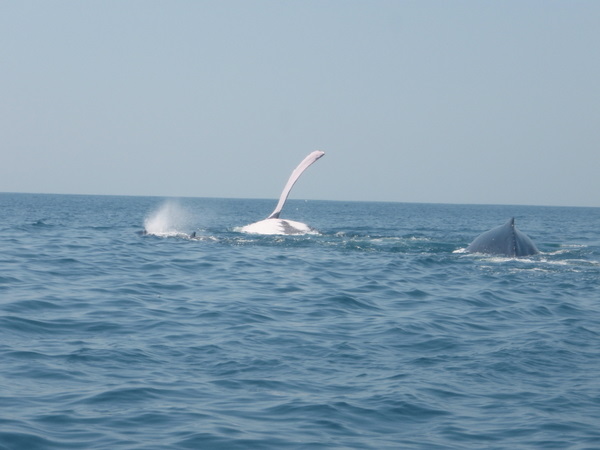 Hauled the boat out and dropped in on Hardcastle road to see if we could get Sep on the board – arrived about 4.00 pm and just poked along casting to the snags and weedy edges – landed heaps and heap of sooties – they were going off – also got a 55cm to get me on the baord but will work on an upgrade if we can. Loads of tarpon and rat barra as well – pulled out just on dark with no mossies annoying us which was abonus. 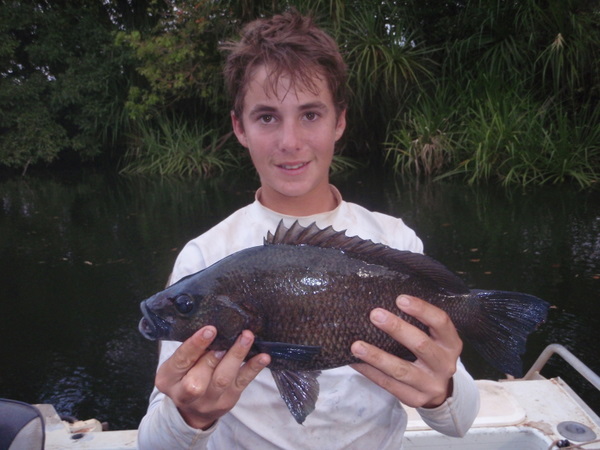 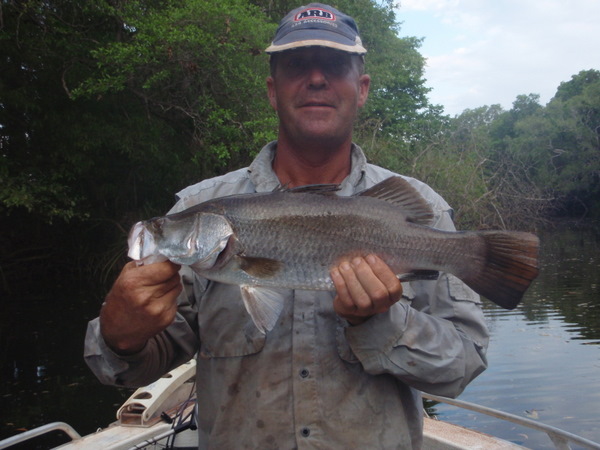