JD and I braved up and wandered out to have a run amongst the crocs in Coorboree and see if we could snag a barra.
We had trouble seeing the road on the way in due to following 2 cars in. The road in was good but it was an eeiry feeling in the dark and dust.
Arrived at the water hole to find assholes :fubird: :fubird: :fubird: :fubird: parked on the culvert so you cant get around them as they are messing around rigging up bu they eventually worked out that they didnt own the place and moved forward. Chucked the gear in and awaywe went – plenty of boats and a lot heading over to the rockhole – we made our way down the main billabong and had a troll here and there – plenty of tarpon around and apart from a few half hearted swipes from tarpon we didnt hook up. Ended up down the end of the long straight casting at some small boof with lots of boofs back out on the plains. Had a couple of swipes at a scum frog which kept us interested. JD landed 2 nice smallmodels from the weed banks on a small red bozo worked out from in the gaps in the weeds. 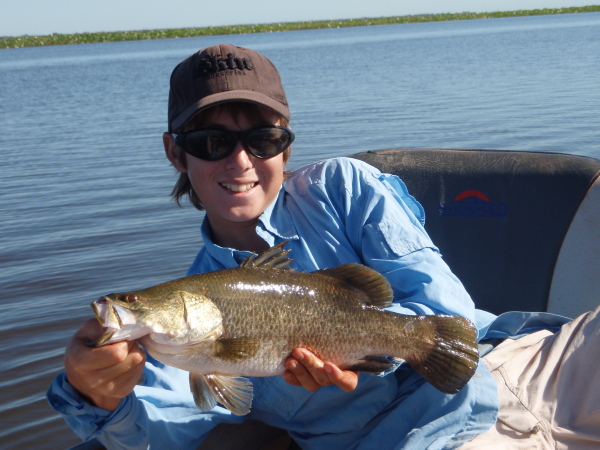 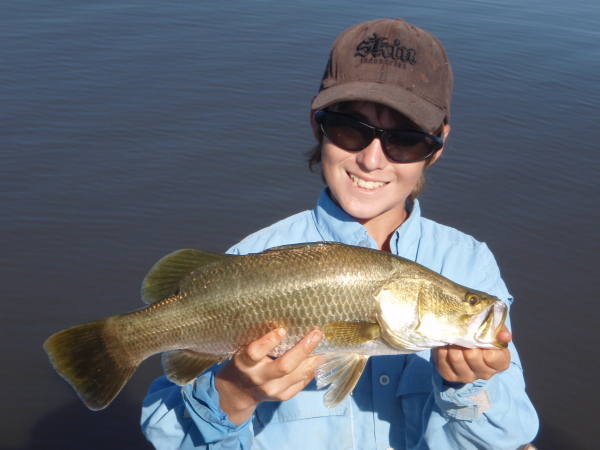 Things went quiet so we made our way back to the T junction near the ramp and started to have a flick with small rubbers at tarpon. Gave the fly rod a flick and threw a pink thing into the dirty water created by the boats going by and as the fly came into the clear water it got whaled by a little barra – JD got 3 or 4 in a row on a small hard body and i got some more on the fly as well as a few tarpon. Loads of fun and just down the road from the ramp. Not big fish but good fun anyway. 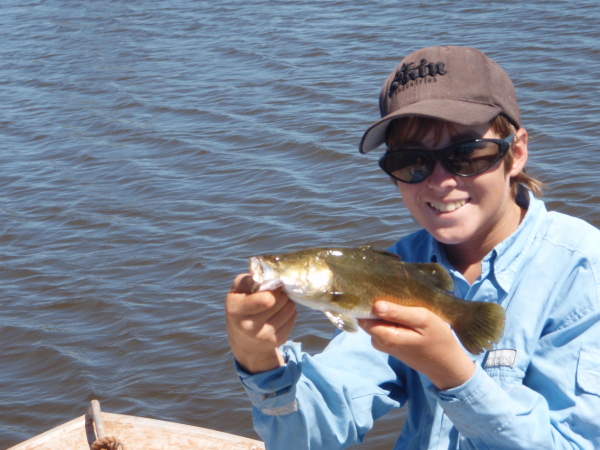 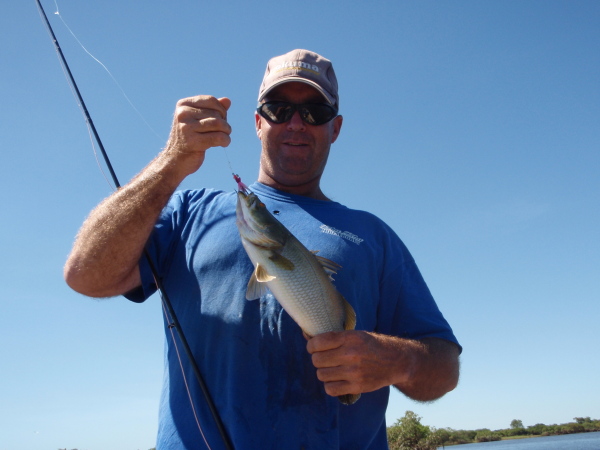 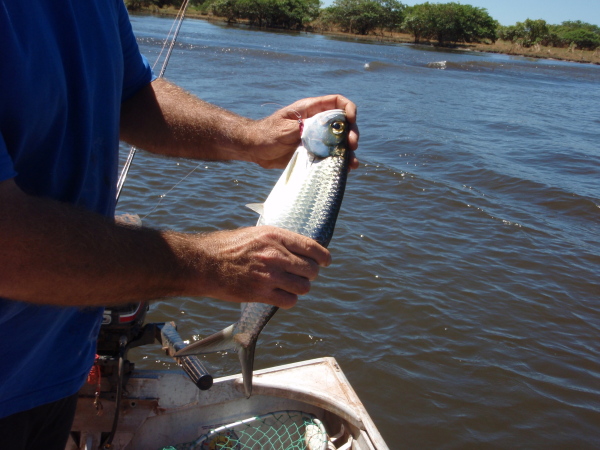 Good day out in the tinny again – nice and cheap on fuel – still need to do some work to get it set up right but its working out good.